Story behind the photo - Norwich 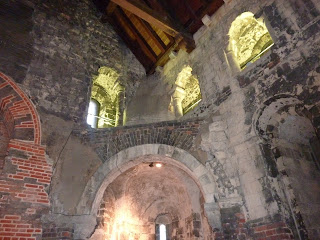 Following an amazing 3 week introduction to some of the sights of Europe, it was time to get back to reality and start working again. After all, I've gotta fund the travelling somehow.....right? I'd been fortunate enough to line up a job before I left Australia - not something I think would happen now - which was in Norwich. Norwich is located in Norfolk, about 2 hours by train direct from London (except if you try and get there on a Sunday - then it will be a train, a bus, a train and another train ride!)

I was in Norwich for five weeks all up, and enjoyed exploring in and around a town that's a little less 'touristy' then others in England - by that, I mean that you wouldn't think of it as an immediate tourist destination, but it is still definitely worth a visit. This photo was taken on my second visit to Norwich Castle. Built in the 11th century, the castle was used as a prison for a time. Today, the keep (this was the most defended part of a castle) still stands, and is used as a museum. You can also climb to the top of the keep and get some great views over Norwich.
Posted by a girl from oz at 21:05