Story behind the photo - London (Monument and St Paul's Cathedral) 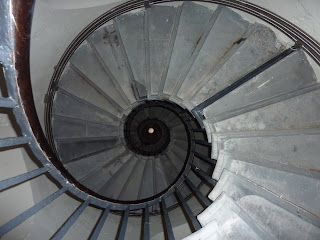 As I mentioned last week, I was only in Norwich for 5 weeks before moving to my current location. The first weekend after moving to where I am now, I met my friend in London for a day of exploring, capped off by going to our first musical (We Will Rock You). Before making it to that though, we decided (because we're just a teeny bit crazy) to visit both \The Monument and St Paul's Cathedral. Why were we crazy? Well, we decided to climb both of  them to check out the views.....Monument has about 300 steps, and St Paul's about 500 steps......so that was a 1600 step (approximate) round trip! Boy did my legs know about it...


I think most people will have heard about St Paul's Cathedral (incidentally my favourite church in London), but I don't think too many people have heard of the Monument.....I hadn't until my friend suggested it. The Monument was designed by Sir Christopher Wren, and built to commemorate the Great Fire of London in 1666. The height of it is the distance of its location to where the Great Fire of London started. You can go here for more information. The photo above is of the staircase inside the Monument.

So was it worth climbing all those steps? Well, the photo below is of the view from the top.....I'll let you decide.... 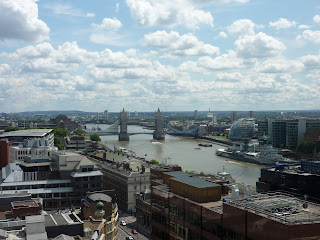